Yesterday was a big day for Jedi. He had his hips and elbows checked for dysplasia. Jedi's gonads future depends on what the Orthopedic Foundation for Animals (OFA) has to say.

Jedi's grown to be a good looking dog. He's proportional (albeit at the large end of the breed standard) with a beautiful coat and good temperament. He has nice movement, though I wish he moved like his brother Chili. I also wish I was a better handler and could have put an AKC conformation title on him. However, he's smart and we're doing well with nosework and barn hunt, and rally is coming along nicely. He passed his CGC and GSDCA temperament test as well as the herding instinct test. Because of all this his breeder, RK, is considering adding him to her breeding stock. Of course, this depends on his hips. RK is an ethical breeder, and does a variety of tests before breeding any dog. I went into detail about this during the A to Z of Dog Shows series (see X -- X-Rays and Genetic Tests to learn more). 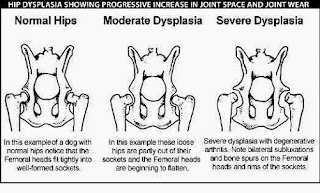 So here's the deal: If hips/elbows receive a good score, RK will do a couple more tests and then see about finding him a girlfriend. If his results are poor I'll have him neutered. He can continue with barn hunt, nosework, rally and who knows what else sans testicles. I am not a fan of early sterilization. (See here and here for reasons why.) But at 4 1/2 years old, Jedi is fully mature and I think it's safe. And I also don't think it's fair to Jedi to deal with all the hormone driven urges if we're not going to breed him. Poor boy.