R -- Running Around the Ring 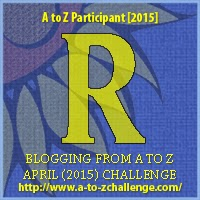 If I had known that there was so much running involved in dog showing, I might have changed my mind about entering the ring. Or maybe I would have chosen a dog with a shorter stride. (Seriously, there's a lot of running!)
The competition usually starts with all dogs in the same class going around the ring (which is really a square) in unison. This way the judge gets a quick look as to how each dog moves in relation to the others in the same class. Does one dog stand out as great mover? Does anyone look awkward or ungainly? Your job as handler is to move your dog at the right pace to get the ideal trot -- the bigger the dog, the faster you'll have to move. You also need to make sure that you're not running your dog up into the dog in front of you. This is bad ring etiquette.
The judge will also have all the dogs run individually. There are several patterns used to show the dog's movement from all angles. Each judge has a personal preference. You may be told:

After the judge has examined all dogs, she'll usually have everybody run around the together again. She may switch dogs around (some dogs move better at the head of the line) and have you run again -- and again -- before making a final decision. Should you win your class, you’ll return to the ring and do it all over again to compete for winners dog. Stamina is a plus here. If you get tired and start lagging behind it'll make your dog look bad.


A few tips for running the ring:

Small dogs go around the ring parallel to the handler's leg like this:
Whereas German shepherds are expected to pull out like this:


Running a dog around the ring isn't as easy as it looks on TV (much to my dismay) but when done right it's beautiful. Running a dog properly around the ring takes practice -- LOTS of practice. And maybe a bit of coordination. And if you think this is hard, wait until you see tomorrow's topic. *sigh* -- K

Tomorrow's Topic: Stacking
Posted by It's Kelley! at 6:34 AM

Email ThisBlogThis!Share to TwitterShare to FacebookShare to Pinterest
Labels: A to Z of Dog Shows