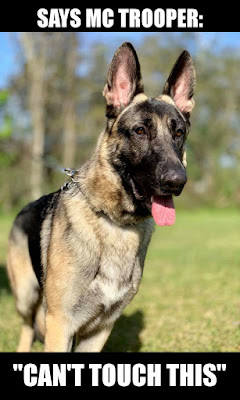 Trooper has decided that he would rather not stand for exam. J-lyn and I have been running our hands all over him since birth. He doesn't even notice when I touch his testicles. However, when the judge tries to touch him during the exam he sits down. What's a girl to do?

More training classes would help. Unfortunately, I've been swamped lately and haven't been able to make it out to a class. And even though Trooper comes to work with me, there's nobody I feel comfortable enough to ask "Will you grope my dog?"

So you can imagine my excitement when I got an email from the Fenzi Dog Academy about an upcoming workshop entitled Confident Stand for Exams. The course description read:


In this workshop we will work on your dog understanding that exams are not about being petted! This will take the pressure off your shy dog and your over greater will have less conflict about wanting to say "Hi." 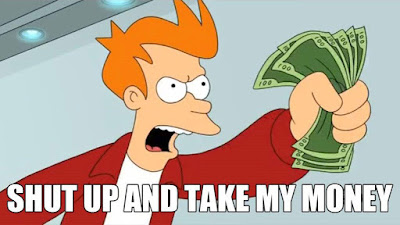 I've watched the workshop video/lecture several times. I'm hopeful and frustrated at the same time. I think I can train Trooper to willingly and comfortably stand for exam. However, it's probably going to take patience and baby steps -- neither are a strong point for me. This is our plan of action:
We're still working on step one, but he's picked it up really fast. The ultimate goal is to teach Trooper that the exam just is, and he's not required to interact with the judge (or veterinarian). If he could learn to trust that I'll protect him, then even better.

Consent is a new, emerging thought in dog training. I'll share more later, but the gist is that:
This is going to be a challenge for us. Trooper is the most sensitive dog I've ever owned. He picks up on my frustration and takes it personally -- even if it has nothing to do with him. I am going to have to be cognizant of my mood and body language. Wish us luck! -- K