It's Awww...Monday. Usually I follow the rules and post cute little things that make you say "Awww" so you can start your week off with a smile. NOT TODAY!


WARNING: If you want to forgo the griping, please scroll to the photo now.

You're still here? OK, you were warned. Work has been a total pain in the butt lately! I don't know what it is about this time of year but . . . DAMN!! I've had back-to-back (to back-to-back) bite cases, barking complaints galore (but everybody wants to remain anonymous) and there seems to be a serious case of The Stupids going around. I think the collective IQ dropped right along with the temperature.

Below are actual issues I've dealt with in the past week. As usual, the stories are true but identifying facts have been changed to protect my butt. It may be a frustrating, low paying, no-respect earning job, but it's better than no job!

Today's photo represents how my job is going at the moment: 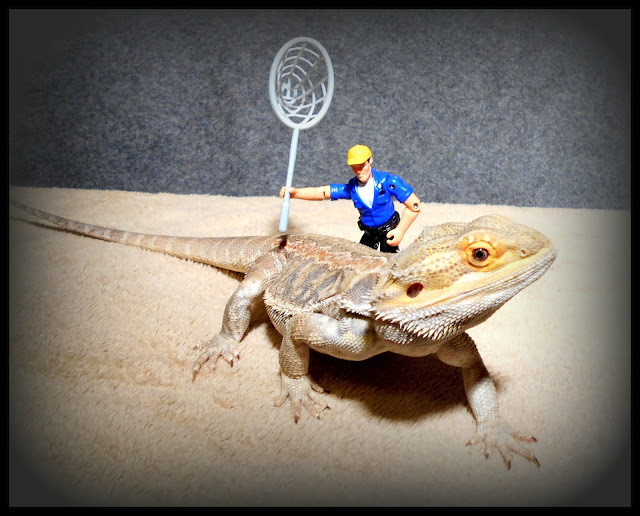 Yep, my net isn't big enough for all the crap I've been dealing with lately! How's that for artistic interpretation? My middle school art teacher would be proud!

OK, I'm done whining. Why not start you week with a smile the way this hop was intended? Click around below and see what others are sharing today. A big thanks to Sandee over at Comedy Plus for hosting this (and allowing me a couple minutes to vent). -- K